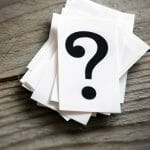 I’m so excited to share the results of Kiska’s DNA test! Thanks, everyone, for submitting your guesses–it was really interesting to get other opinions.

Let’s get started! Here’s a breakdown of the guesses–how did yours compare?

If you completed the survey, you know that I listed the most common breed guesses I hear and then added an “other” section if you had a different idea. Looking at the results, most people believe Kiska is a Great Pyrenees / Lab mix, followed closely by Great Pyrenees / Maremma and Great Pyrenees / English Cream Retriever.

Some of the “other” guesses included:

All great responses, but my favorite “other” response was:

“Kiska is a petite Great Pyrenees.”

And you know what? The person who guessed this was absolutely right.

Kiska is, much to my surprise, 100% Great Pyrenees.

I was almost positive she was a mix. I would have put money on it. Turns out, she’s just our dainty, little one. Our pocket pyr <3

I was most eager to learn her breed, but I couldn’t wait to find out her health results. Without knowing her history, I wanted to learn everything I could about her. Many of these things can’t be prevented, but I can be prepared.

Clear from 163 tested genetic diseases! Even though I know where Mauja and Atka came from, I’m going to test them as well. It never hurts to know!

It was fascinating to go through the Embark DNA test results, but I was most intrigued by their “Wolfiness Score.”

Kiska’s score came back as 3.4%, which is apparently a high score. I definitely didn’t know what it meant, but after a bit of reading, it completely makes sense for her personality.

Your dog’s Wolfiness Score is based on hundreds of markers across the genome where dogs (or almost all of them) are the same, but wolves tend to be different. These markers are thought to be related to “domestication gene sweeps” where early dogs were selected for some trait. Scientists have known about “domestication gene sweeps” for years, but do not yet know why each sweep occurred. By finding rare dogs carrying a wolf gene at a certain marker, we can make associations with behavior, size, metabolism, and development that likely caused these unique signatures of “doggyness” in the genome. – Embark

The test states that most dogs have a Wolfiness Score of 1% or less, showing Kiska does have a high score. But I still didn’t quite understand what that meant.

Your dog’s Wolfiness Score is not a measure of recent dog-wolf hybridization (the breed mix analysis report would tell you if your dog has any recent wolf ancestry). Instead, the wolfiness score is based on the number of wolf genetic markers your dog has in our unique wolfiness marker panel. While these wolf genes (or, more scientifically speaking, alleles) could be in your dog because it is a wolfdog hybrid, wolfiness scores below 10 are almost always due to ancient wolf genes that have survived many generations to be carried in your dog. These may date back to the original domestication event 15,000 years ago or to more recent dog-wolf matings only a few thousand years ago, but either way they are bits of a wild past that survive in your dog! – Embark

I know DNA tests aren’t 100% accurate, but I’m glad I decided to test Kiska. Now, I feel like I can actually give an answer when people ask about her breed.

Are you shocked by Kiska’s breed results?

The winner of the $50 Amazon gift card has been contacted, so be sure to check your email!