At this fluffy house, we are obsessed with The Walking Dead.

Well, no; that’s an incorrect statement. Nick and I are obsessed with The Walking Dead, Mauja is terrified of the noises, and Atka just doesn’t care as long as he’s getting some snuggles.

We didn’t start watching when the show first aired. Honestly, I’m not a fan of gore or any sort of grossness. I’d much prefer comedies over zombie guts. One night, Nick suggested watching The Walking Dead and second-glass-of-wine Kelsie was on board.

We were hooked. We spent many evenings curled up on the couch watching episode after episode of the show so we could catch up before the new season started. Eventually, we found ourselves discussing the zombie apocalypse and if we would survive.

Without a second thought I said, “We’d be one of the first to die.”

This piqued Nick’s interest enough to delve deeper into the conversation. Why would we be one of the first to die?

Because we have two Great Pyrenees.

Two Great Pyrenees who don’t know how to keep quiet.

There is always one thing that draws zombies near – sound. Mauja and Atka, being excellent guard dogs, would give away our location.

They’d hear a creak in the floor…

A zombie would moan in the distance…

Not to mention every sketchy-looking leaf that floats past… 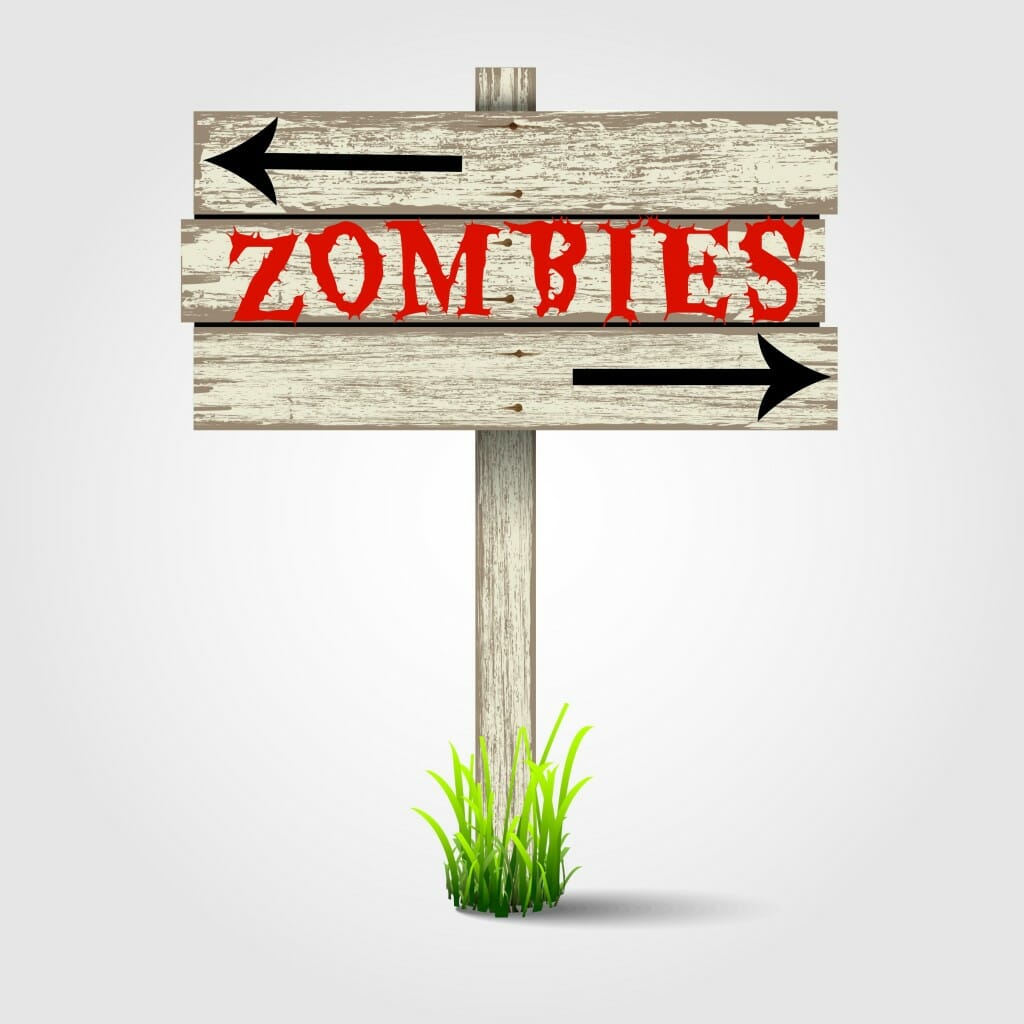 Unless we locked ourselves in a very high building, I don’t see how we’d make it. Even if we did that, we’d have a plethora of zombies waiting below our residence. That would make getting out to go on runs for food extremely difficult.

Any advice? How would you survive a zombie apocalypse?