There are two things I give every dog that comes into my house: a joint supplement and salmon oil.

Salmon oil has been extremely beneficial for all of my dogs—whether they were a short term foster or a permanent member of the family. Here’s how it can help your dog.

Benefits of salmon oil for dogs

Salmon oil has several benefits for dogs, regardless of breed, age, or size.

The floofs always get compliments on how soft their coats’ are, and I attribute that to supplementing with salmon oil. It also helps decrease shedding (but we all know pyrs will have endless shedding anyway!).

Increased inflammation can lead to sore, painful joints—especially in older dogs. If your dog is struggling with arthritis, salmon oil may help ease t.

Related: Feeding Your Great Pyrenees with The Farmer’s Dog

Puppies can benefit from the brain-boosting benefits of salmon oil. The fatty acid docosahexaenoic acid (DHA) in salmon oil helps to promote better brain development in fetuses and puppies.

But salmon oil can support brain health in older dogs, too. It can help improve cognitive function, keeping your aging dog’s brain sharp.

We are never short of “the itchies” over here. The floofs all have several food and environmental allergies, leading to itchy, dry skin.

Salmon oil has been a game changer for their dry skin. If we manage to run out of salmon oil, I can tell a difference in their skin in just a few weeks. It goes right back to being dry and flakey.

Salmon oil can boost your dog’s immune system to help fight off any illnesses. It can also help improve heart health.

You may be wondering, why should I choose salmon oil over fish oil? While there are benefits to both, I believe salmon oil is superior because:

Related: How to Help Your Dog Gain Weight

There are a lot of great salmon oils on the market, but we’ve been loving Kronch salmon oil. Kronch is:

Do you think your dog would benefit from salmon oil? Give Kronch a try. And hey, they have delicious salmon treats too (which the floofs will do ANYTHING for)! 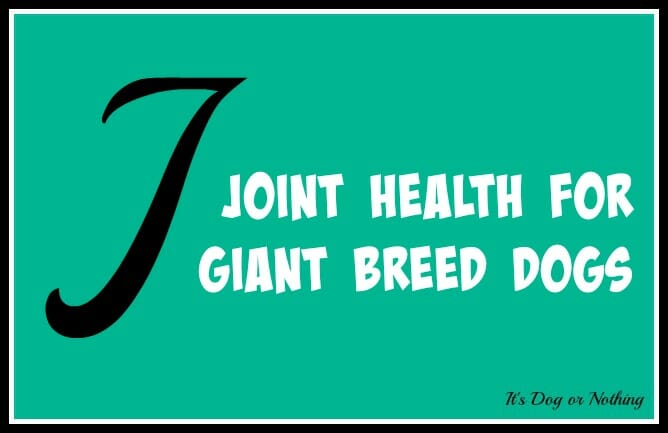 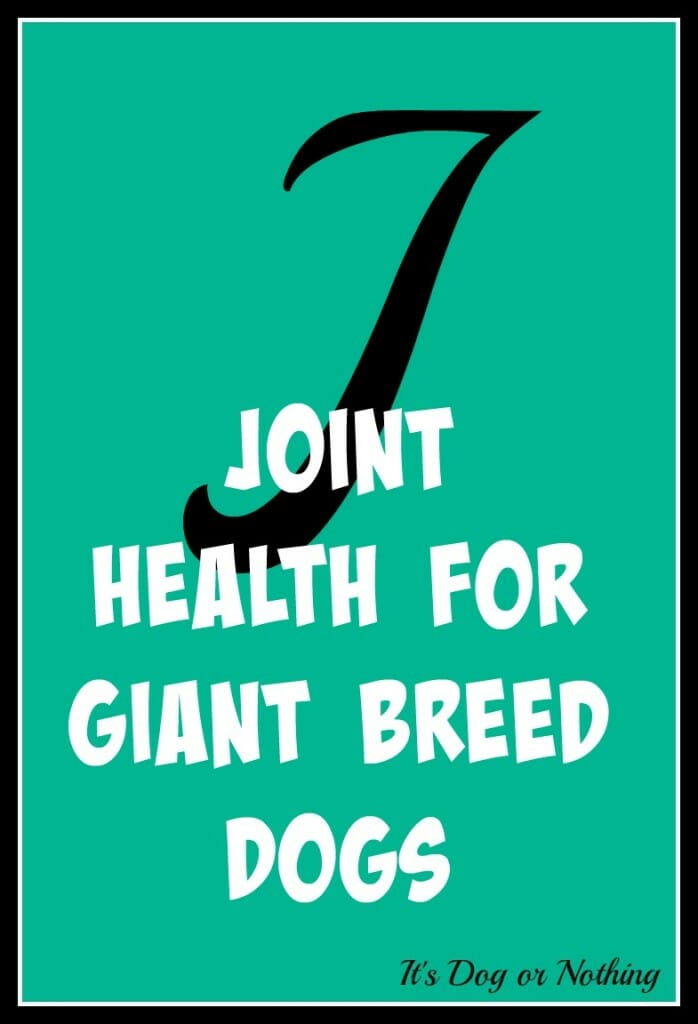 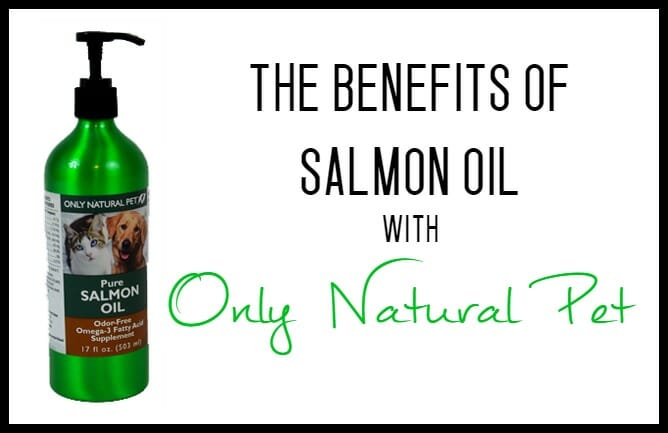 Atka has a few allergy issues. We’re not sure what triggers them as they are so incredibly random, but every now and then he will develop a small rash around his right eye. The rash doesn’t seem to bother him, but I give him some Benadryl to help alleviate any symptoms he might be experiencing. I really don’t want to give him medication every time his rash flares up, so it was time to look into alternatives.

After a bit of research, I determined that salmon oil or coconut oil could be a great option for dealing with Atka’s skin allergies. I had some coconut oil in the house and figured it would be an easy way to start. Getting Atka to consume the coconut oil? Not so easy. So, I moved on to option 2; salmon oil.

The Benefits of Salmon Oil for Dogs

Potential Side Effects of Salmon Oil for Dogs

It’s important to find a pure salmon oil without filler ingredients. You really want to ensure your dog is getting quality essential fatty acids (DHA and EPA). Also, look for salmon oil certified free of toxins or heavy metals.

I am absolutely loving the Pure Salmon Oil from Only Natural Pet. Their salmon oil goes through a quick purification process to prevent the creation of trans fats and remove virtually all toxins and heavy metals.

On top of that, Only Natural Pet’s Pure Salmon Oil is packaged in a safe, eco-friendly bottle. The bottle is made of green, brushed aluminum with an interior epoxy coating that is safe enough to hold liquids for human consumption. This ensures you get the “freshest and safest fish oil available”. The Pure Salmon Oil bottle is even 100% recyclable! 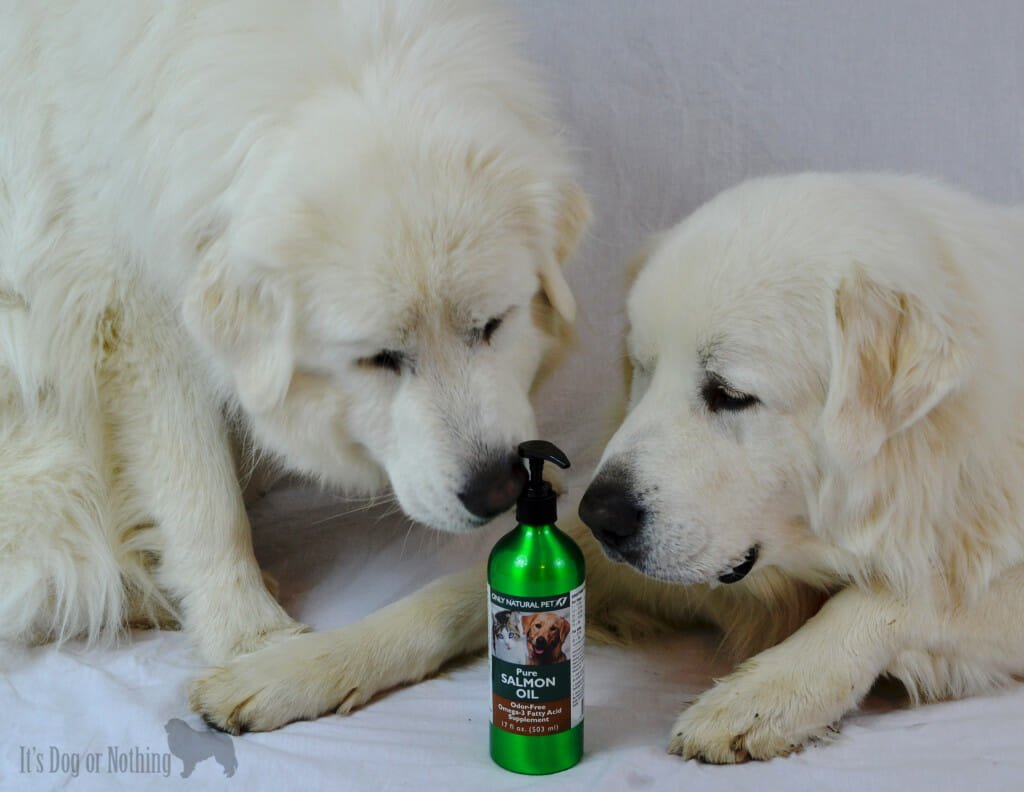 How Has it Been Working for Atka?

Atka’s rash is slowly starting to clear up and I’m hoping that continuing to use salmon oil will help avoid future flare-ups. We have also only experienced one “side effect”: Mauja and Atka will eat more food. The salmon oil is almost like a gravy to the fluffies’ meals. When they get their salmon oil, they always eat at least 3/4 of the food they are given. Now, I know this isn’t an issue for most of you, but getting the fluffies to eat enough is a never-ending task. They get SUPER excited (almost as excited as when they get wet food added to their dinner) when I grab the bottle and give their meal a little something extra. Human bonus: it doesn’t smell!

Only Natural Pet’s Pure Salmon Oil is definitely going to become a staple in our home. I’m contemplating putting this product on automatic shipment so I never run out. It’s a great quality supplement at an affordable price.

Save 15% + Free Shipping on your first order at OnlyNaturalPet.com with code AF15FREE.

Disclaimer: It’s Dog or Nothing was provided the product mentioned above in exchange for an honest review. Don’t worry, an advertiser will never influence the content of this blog and we only share products we believe in and feel our readers would enjoy. This post contains affiliate links.