If I had a dollar for every time someone asked me how much my Great Pyrenees cost, I’d have enough money to buy 100 acres of land and build the Great Pyrenees rescue of my dreams.

The question is asked all the time. And honestly, it makes me pretty uncomfortable.

Because people are generally only interested in the initial cost of a puppy or rescue dog. They don’t care about the lifelong expenses that are just as—if not more—important.

So, let’s start at the beginning—acquiring the dog.

END_OF_DOCUMENT_TOKEN_TO_BE_REPLACED

It’s Throwback Thursday and I’m feeling a bit nostalgic today. Want to hear the story about how Atka came to be a part of our family?

A few months after our first dog, Kaeto, passed away, Nick and I started to consider adding a second dog to our family. Our hearts were ready to add another family member and Mauja was becoming noticeably lonely. We both started looking through PetFinder and a few of the rescues I follow for pups that would be a good fit. When we started our search, we weren’t looking for another Great Pyrenees. We were looking for a Great Dane.

After a lengthy screening process, we were approved to adopt from a giant breed rescue. Months of waiting lists later, we found a Great Dane that we thought would be perfect for our family. Unfortunately, he was not keen on Mauja and everyone agreed that he would do better with a dog of a similar energy level and personality. Our search started again.

Shortly after I found a post for a deaf Great Pyrenees in Salt Lake City. Something about his picture captured our hearts and we knew we had to meet him. It was 8 hours away, but we were more than willing to make the drive. I contacted the rescue only to find that he had another interested adopter that was coming to meet him that weekend. If it didn’t work out, we were next in line. This sweet pyr stole the first family’s heart and they took him home immediately. I’m so happy he found a loving home.

At this point, we were starting to get a bit discouraged. We put in an application for another large pyr rescue that had several dogs we were interested in learning more about. I’m not sure if our application got lost, but we never heard back and I had a very difficult time contacting them.

Nick and I were about to put our search on hold until we found out that Mauja’s breeder was planning a litter in the next few months. We hadn’t planned on going the puppy route this time, but we decided to consider the option.

After many, MANY conversations we decided that we really did want another puppy. I love the responsibility and work that a puppy requires and was ready to take on the challenge. We placed our deposit and eagerly awaited the puppies’ arrival.

The momma birthed 11 beautiful, healthy puppies, 7 of which were male. By placing our deposit early, we were able to have first pick of the male puppies. When the puppies were 5 weeks old and their personalities really started to develop, we were able to make our selection. After hours of talking with the breeder, playing with the puppies, and watching them interact, we had made our decision.

Tune in next Thursday when I will talk about Atka’s first night with us and meeting his new sister, Mauja <3

Passion is a wonderful thing when working with animals.

I’m an extremely passionate person and have very strong beliefs, especially when it comes to animals. I know I’m not the only one.

The problem occurs when our passions don’t line up. END_OF_DOCUMENT_TOKEN_TO_BE_REPLACED 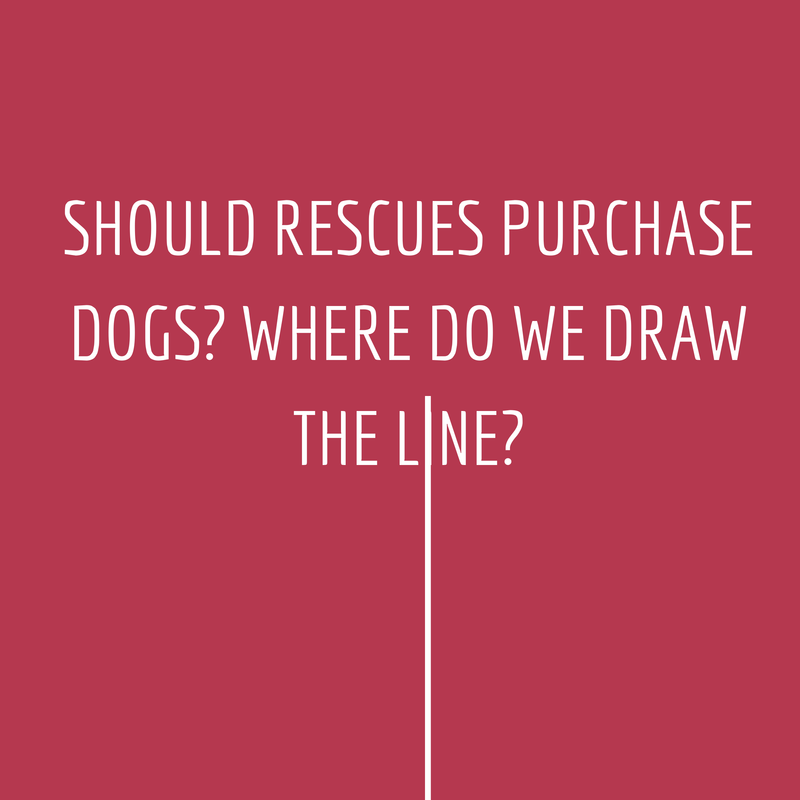 This is something I’ve come across several times from one of the dog rescues I follow. It’s a tricky question to ask. Here’s the situation I’ve seen several times recently.

END_OF_DOCUMENT_TOKEN_TO_BE_REPLACED

EDIT: Note this is a GENERAL guideline, not a definitive list of what constitutes an irresponsible breeder. Many amazing breeders will not adhere to these statements, but they are things to consider. Always use your best judgement.

I believe that purchasing a puppy from a breeder or adopting a rescue dog is a very personal choice. I have a hard time listening to the constant “adopt, don’t shop” slogan. I work with several rescues and definitely believe there is a perfect shelter dog for most people

, there are certain people that prefer to purchase from a breeder. We need to be a more accepting culture and allow people to make the appropriate choice for their family.