For being a dog blogger, I completely failed at the “taking pictures” portion of BlogPaws. I was so focused on making sure Atka was behaving that I completely let it slide. Thankfully, so many people got pictures of them with new friends so I have been able to see some that way. I don’t have many pictures, but I will share a few gems today! 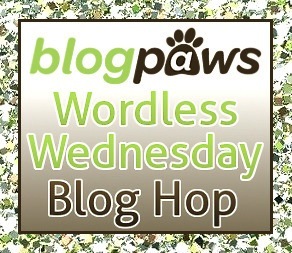 Keeping your dog (and yourself) fit is vital to a long, healthy life. We had beautiful weather last weekend and wanted to get outside and enjoy it. One of our favorite things to do with the fluffies is go out into the backyard and play a game of soccer. Mauja always prefers to chase the soccer ball, while Atka likes the orange water ball.

Mauja’s got some great moves. She will actually “dribble” the ball a few steps before picking it up. 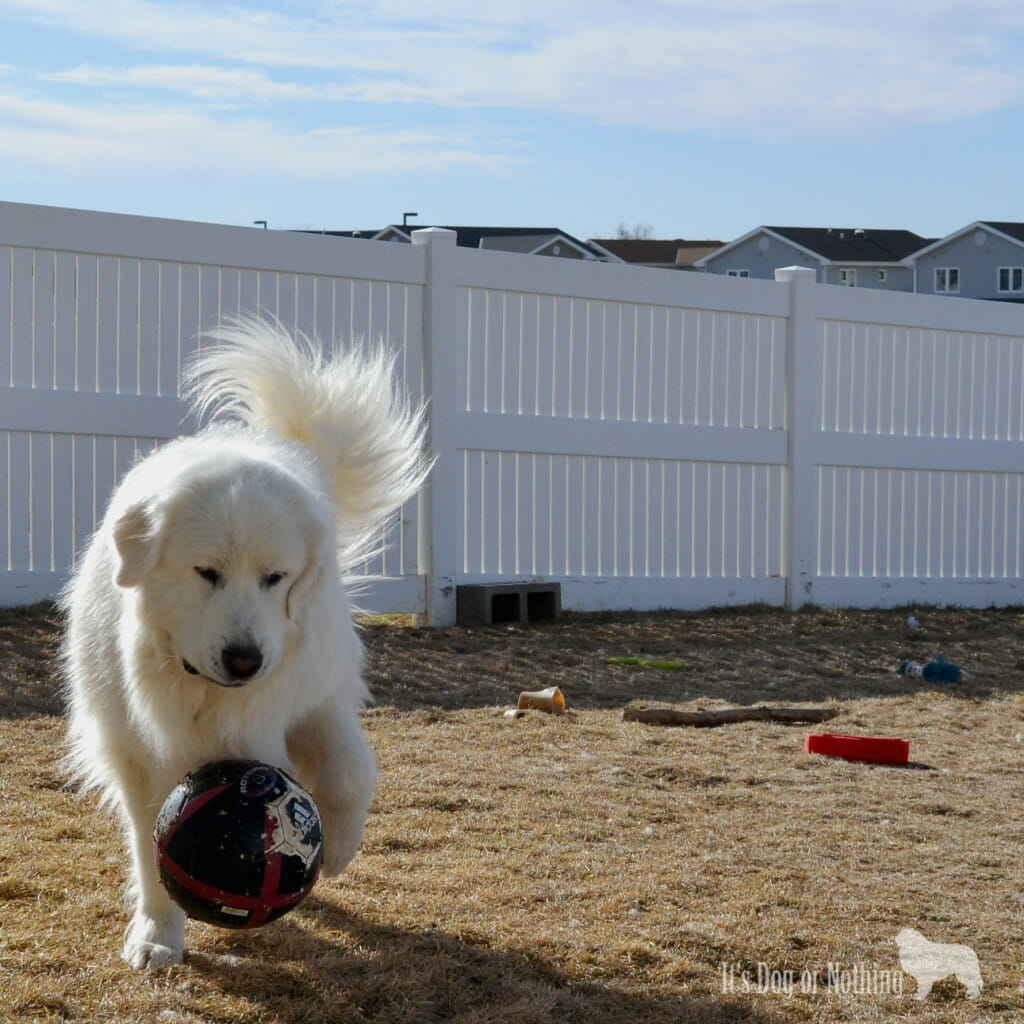 They are really particular about which balls they play with. They each stick to their favorite ball and wait their turn. 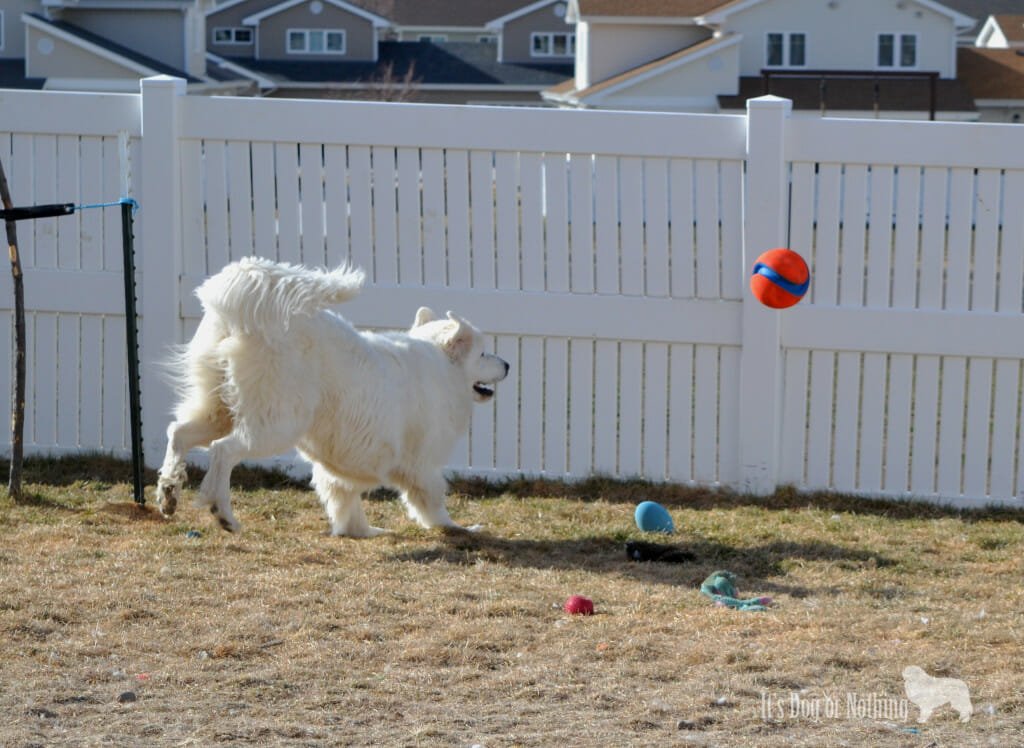 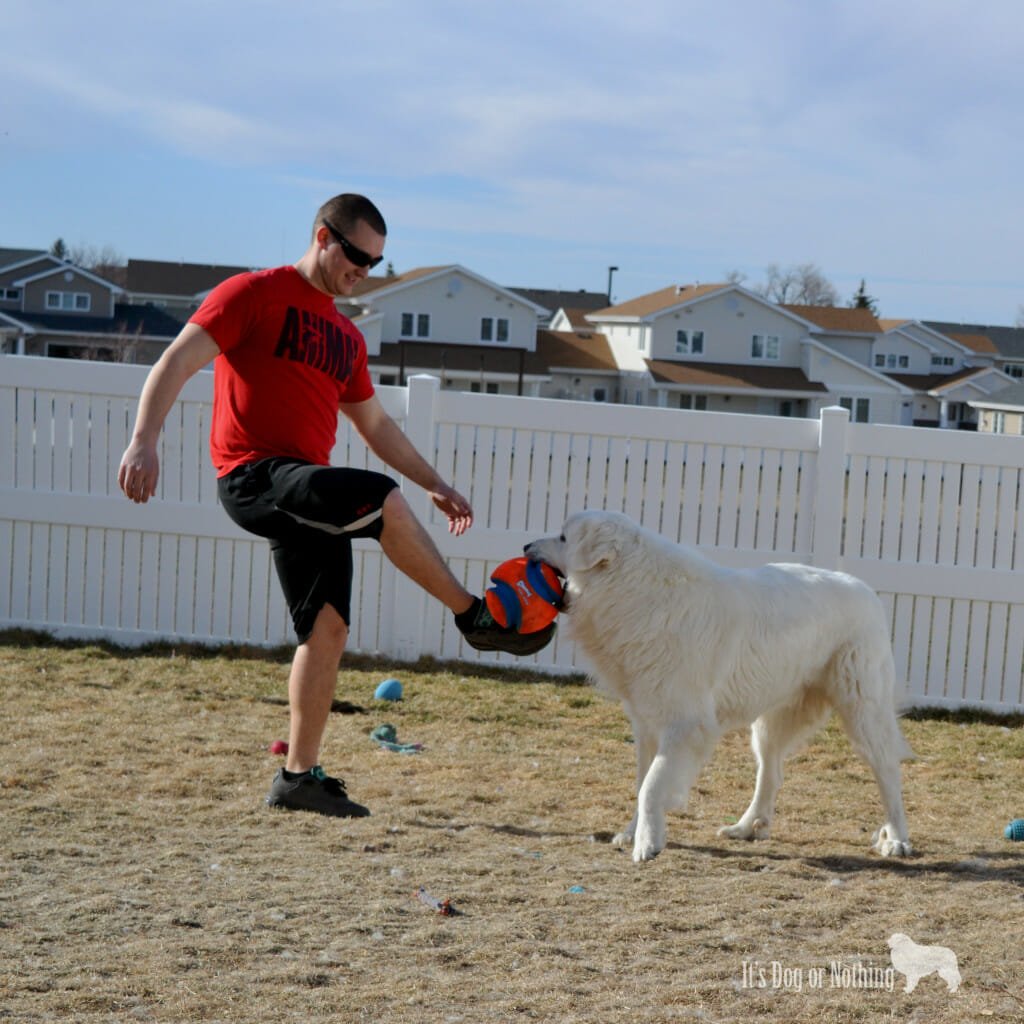 I love when their huge jowls flop over their toys 😉 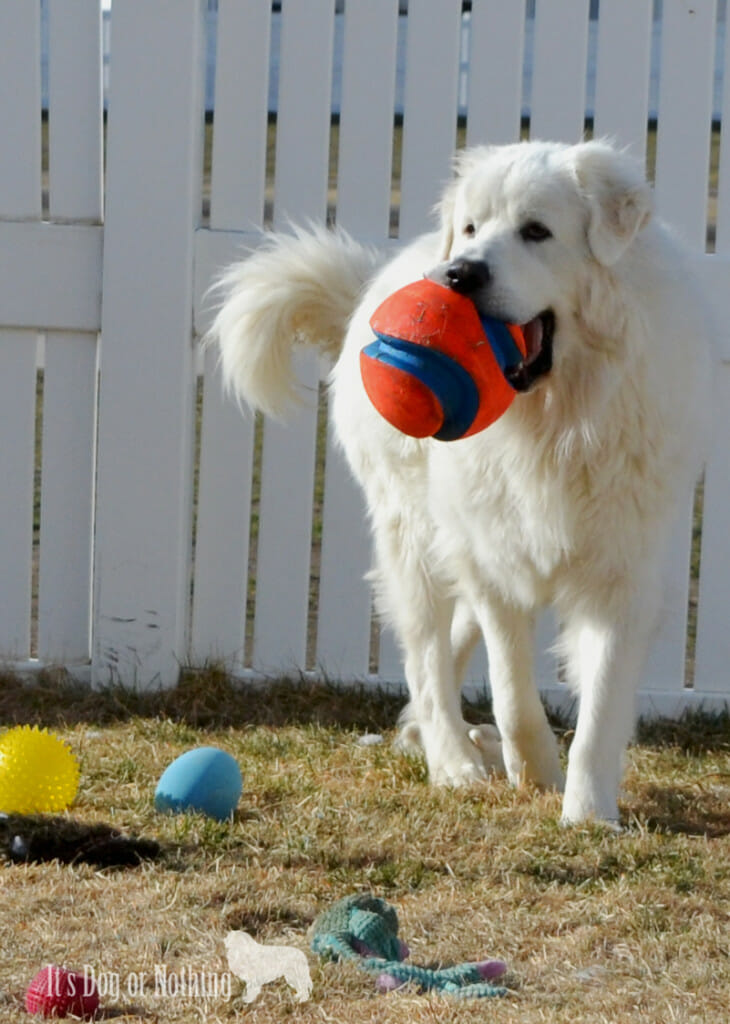 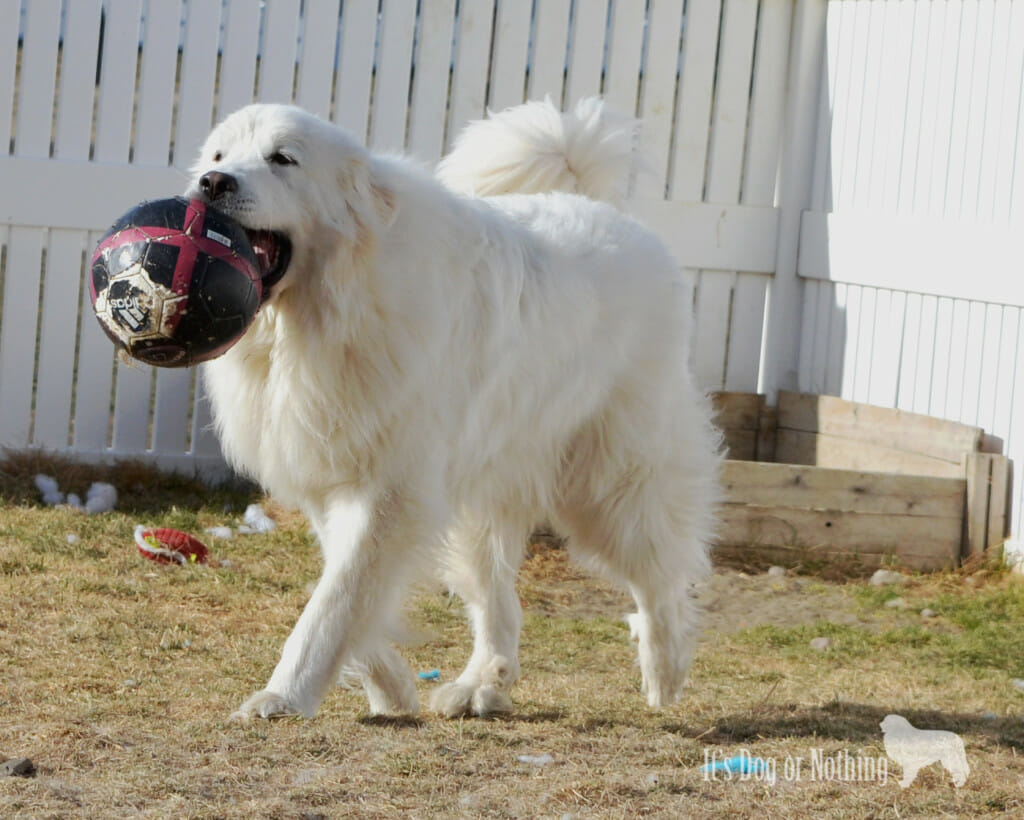 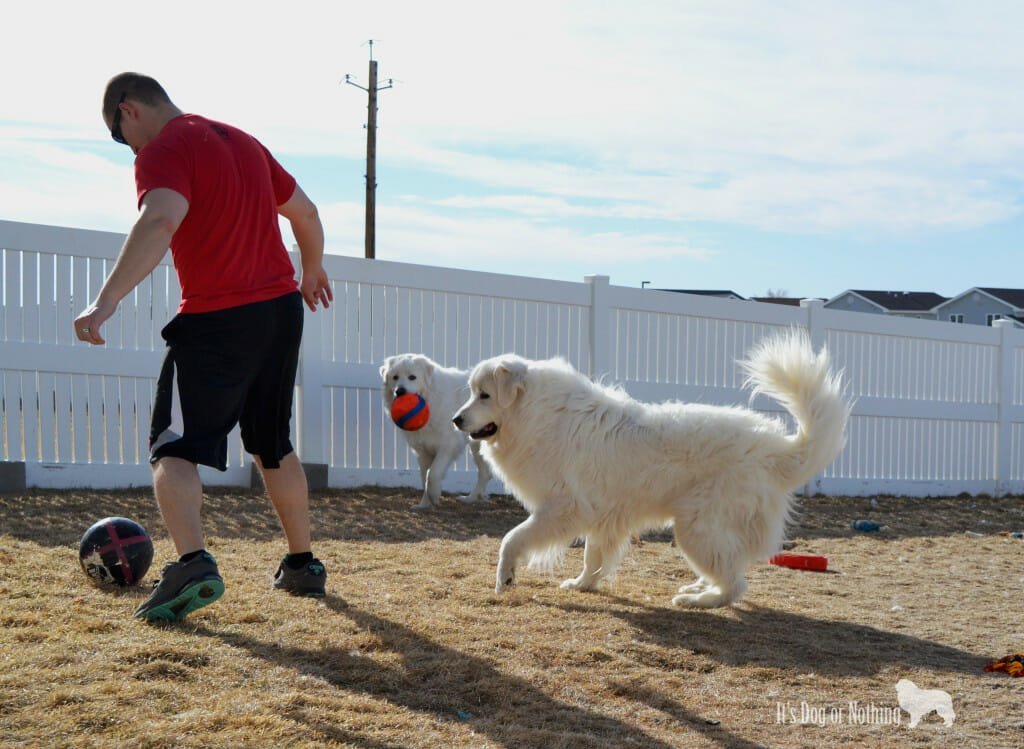 After about an hour of running around the yard, we were all pretty tired. Mauja’s expression says it all. Such a happy face 🙂 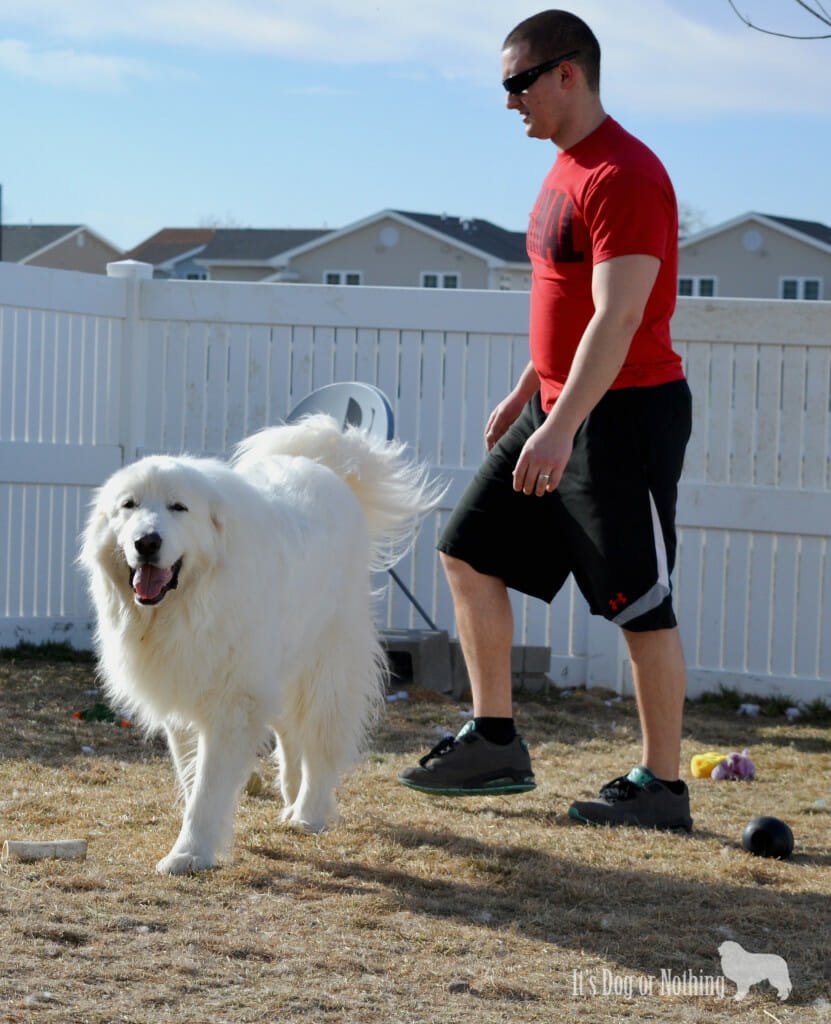 Atka’s big, droopy tongue says we’ve worn him out. Nothing better than a tired puppy! 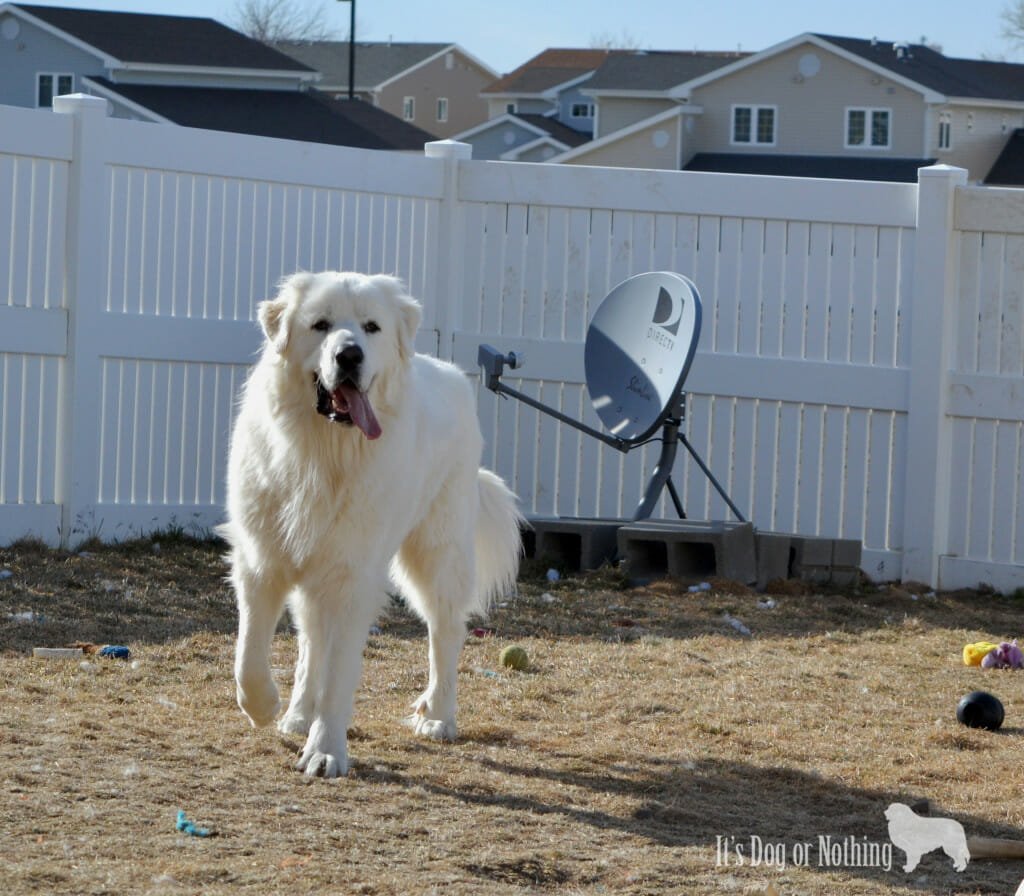 How do you get active with your dogs? 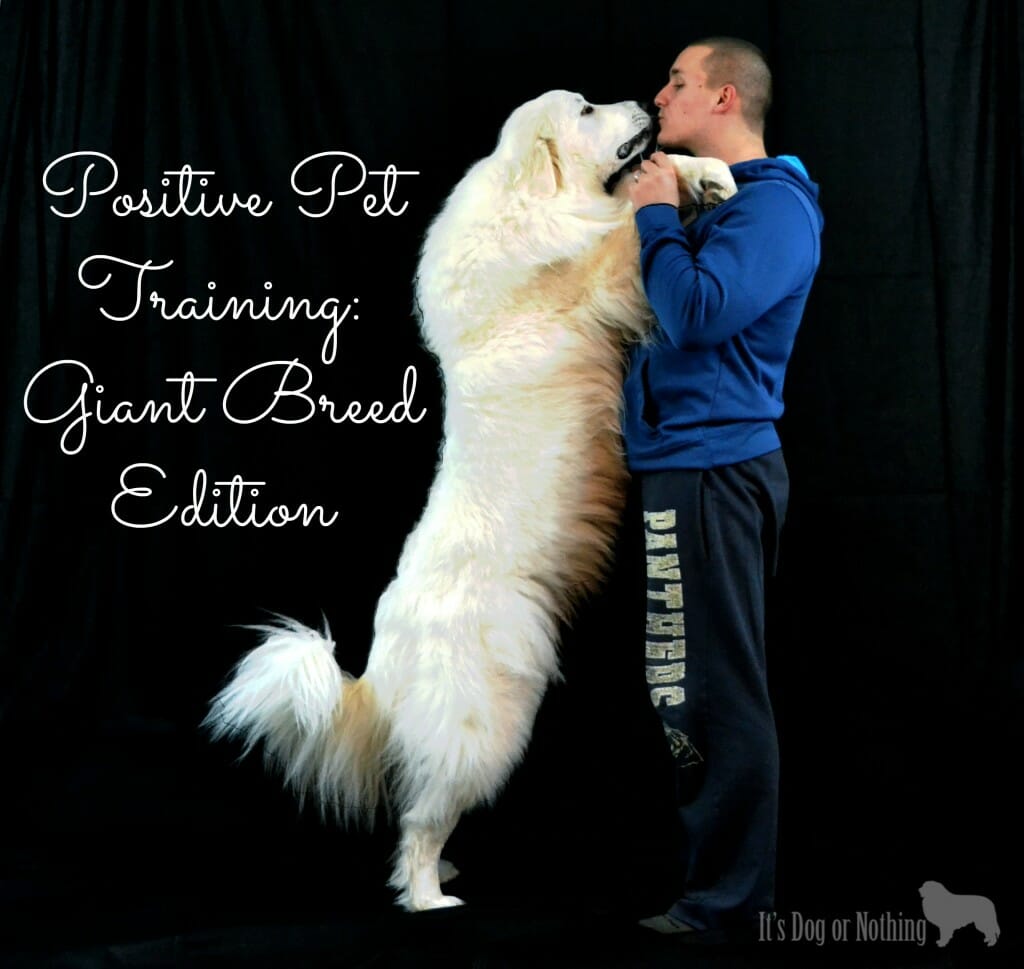 After over two weeks… we’re back!

The wedding went really well and you better believe I will be bombarding you with pictures once we get them. The fluffies were the stars of the wedding and I wouldn’t have had it any other way.

Even though Mauja and Atka are trips pros, they still get stressed when they are away from their home base. However, they exhibit their stress in very different ways. END_OF_DOCUMENT_TOKEN_TO_BE_REPLACED