One of my favorite things about the summer is taking Mauja and Atka to the lake. Mauja’s not much of a swimmer, but she loves to wade and play in the shallow water. Atka, however, can not get enough of swimming. Anytime we are near water, he tries to drag me in – not fun when it’s 50 degrees!

We decided to take the fluffies to Alder Lake based on a friend’s recommendation and hoped we could find a good place for them to swim. The main beach area wasn’t dog-friendly (which we expected), but a few minute walk down the trail led to many swimming areas.

Once we found a good place to put our bags, we got the fluffies ready to swim. Atka, who I refer to as my “starter pyr”, can be trusted off-leash in most situations. I think it’s because he is so extremely sensitive. Mauja, however, is never to be trusted off-leash. She is definitely a disapyr! 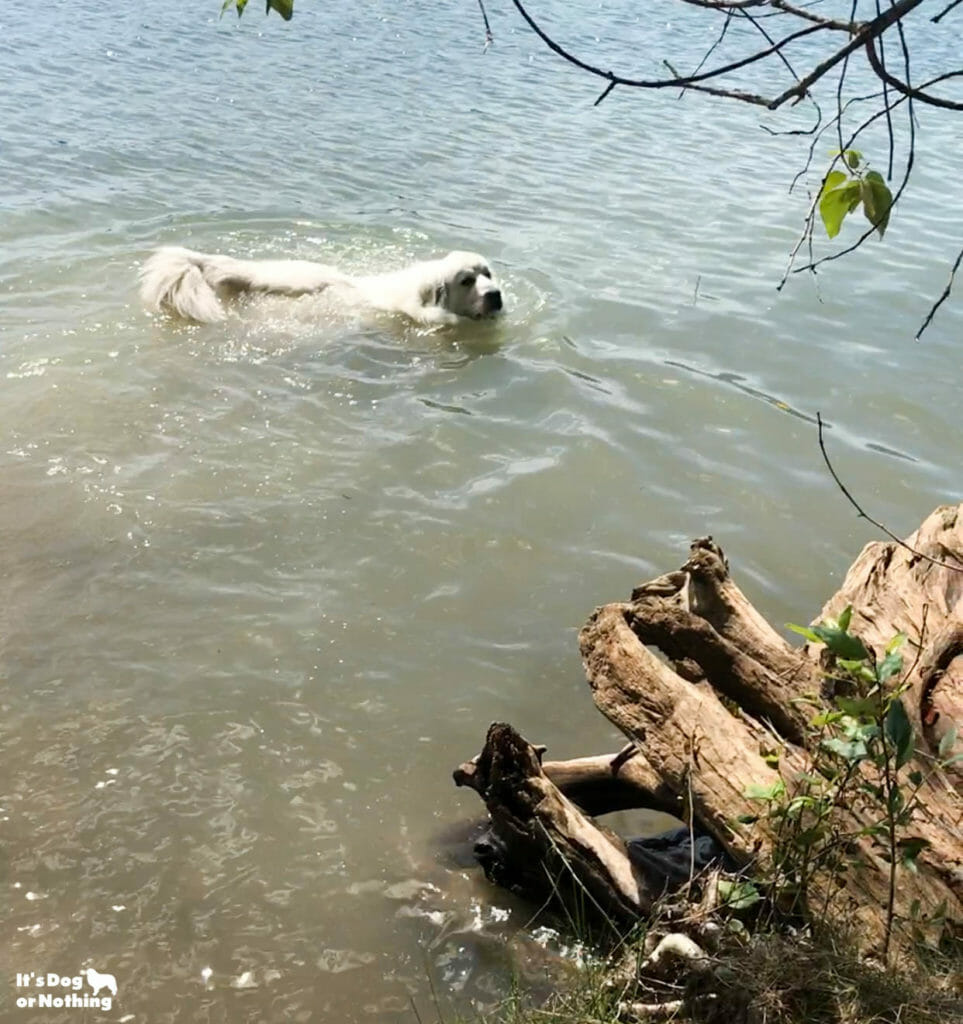 After I let Atka off-leash and let him jump in the water, I hooked Mauja up to her 30-foot line so she could have some freedom (while still restrained!). Atka swam, chased and retrieved sticks (is he even a pyr?), and had a blast. Mauja waded in the shallow areas and “left her mark” on all the weeds – the usual for her 😉 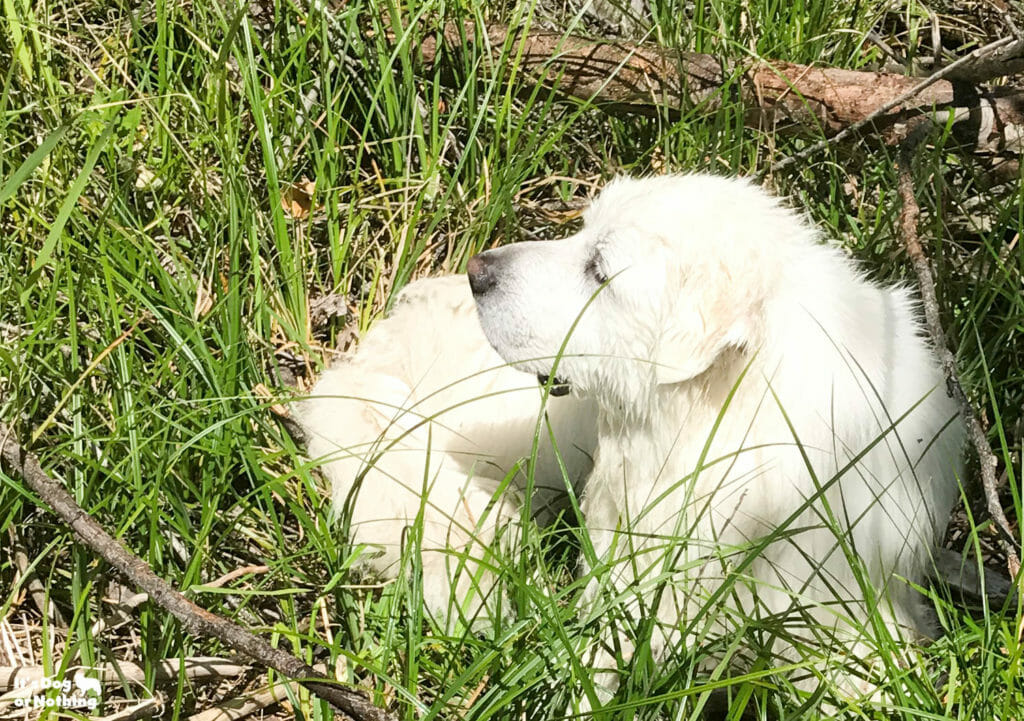 Atka had an extremely tough challenge to his off-leash skills when a man walked his German Shepherd on the path behind us. The man had no control over his dog who barked and lunged toward Mauja and Atka. Atka barked his alert bark back but when I instructed, he never left the water. I wanted to throw him a party! 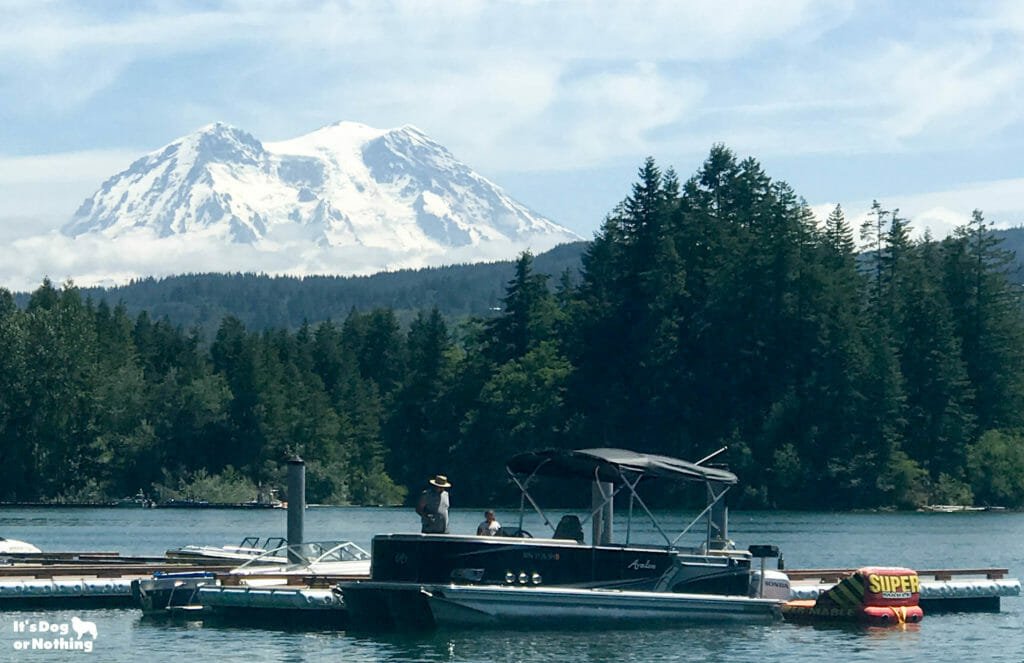 Mauja and Atka wore themselves out in a little over an hour and we headed back home, where they promptly slept for the rest of the day.

Do you have a favorite way to wear out your dog?