We were so excited to get a package from Talia’s Toys this weekend! If you haven’t heard of Talia’s toys, she makes these adorable upcycled tug toys (who doesn’t love when things are upcycled?!). When I opened the package, I was tickled to see not only the toy, but some treats and a hand written card as well! I don’t know about you, but I love the personal touches. It really shows how much someone cares about their product and their customers. 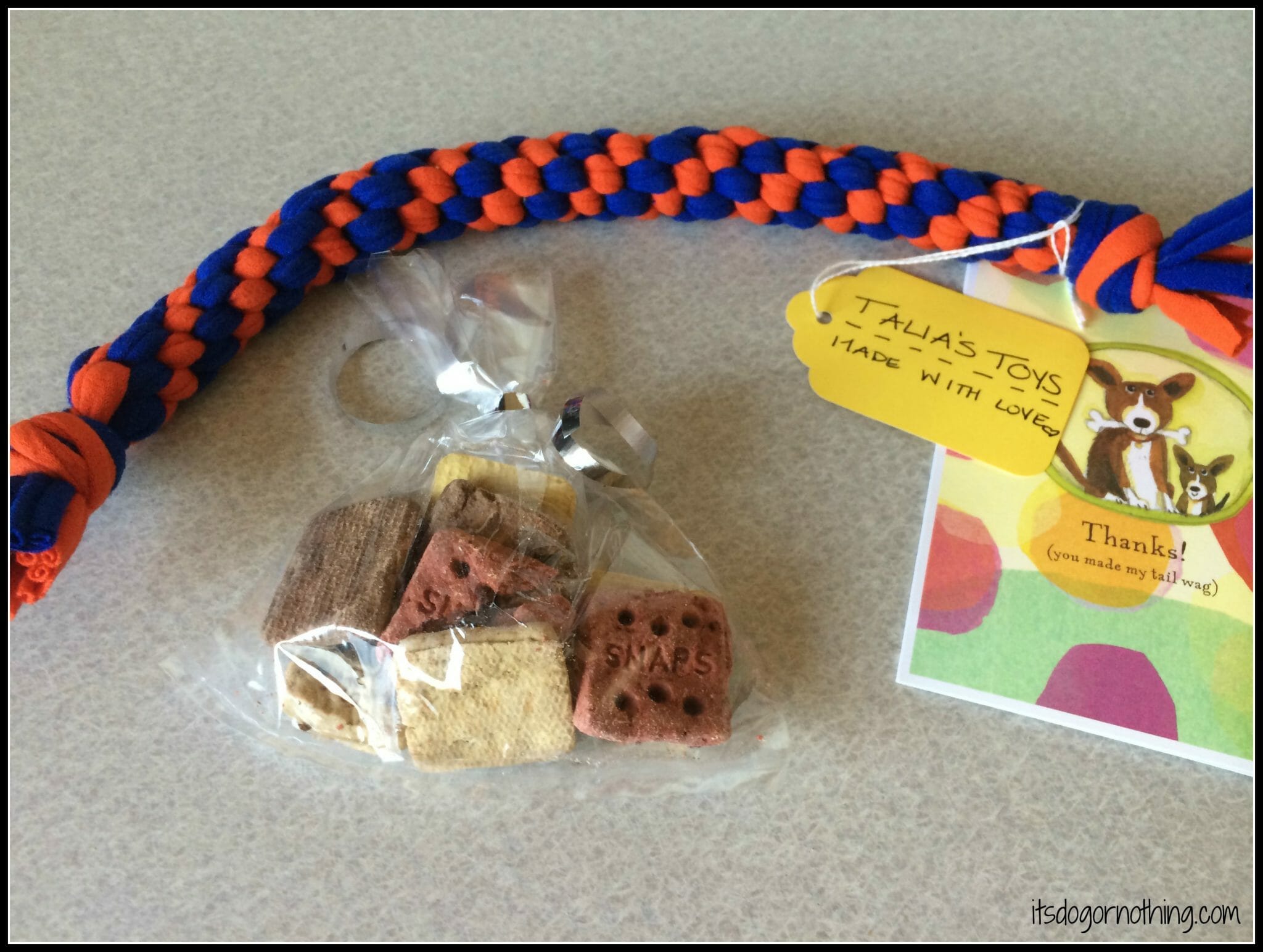 The toy is adorable. When I first looked at it, I thought it was going to be a little small for my two. You can kind of tell the size in relation to Mauja and Atka. 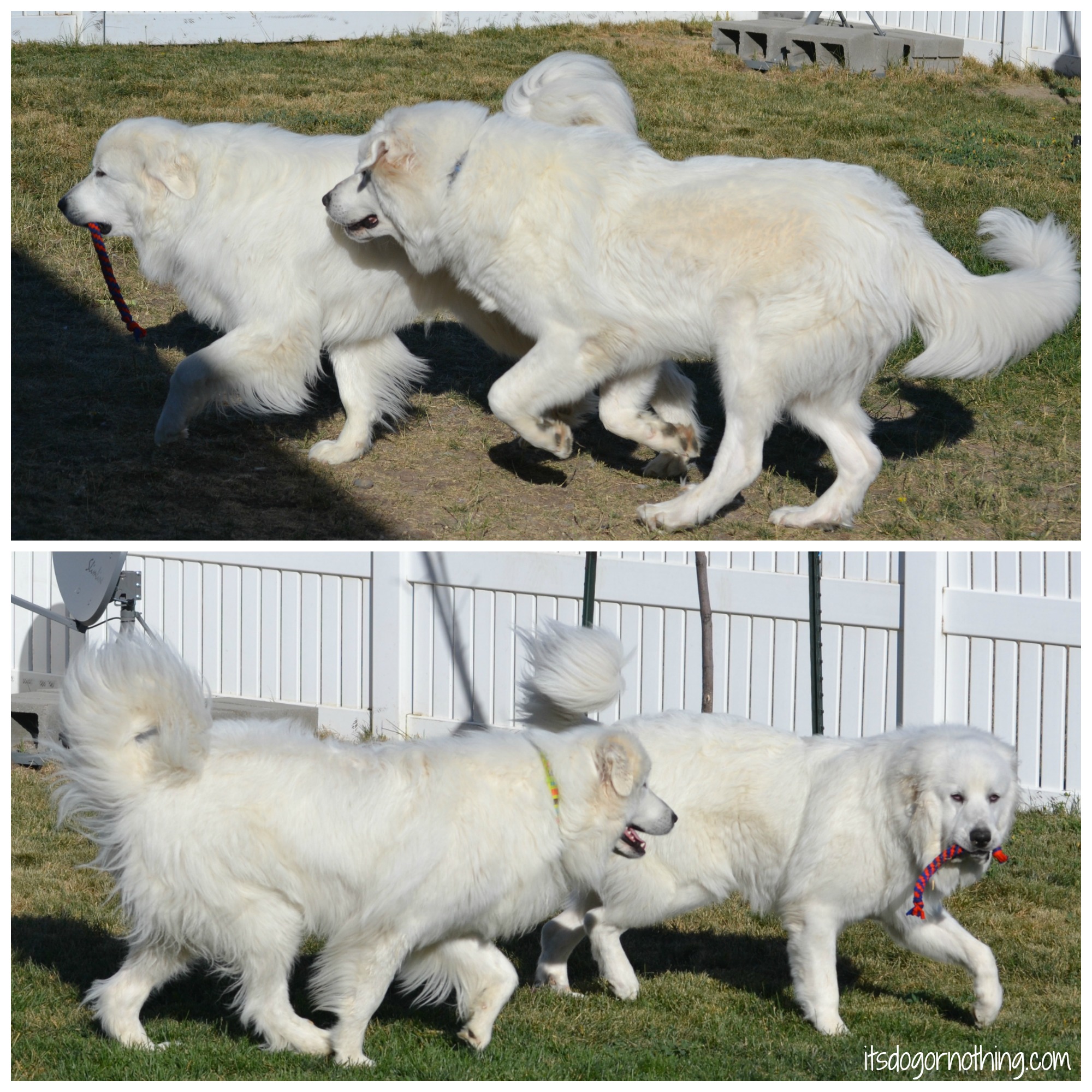 This style of play is pretty common for them, so imagine my surprise when they decided to use the toy for it’s intended purpose; a game of tug! Tug is a very rare game in our house. They will occasionally tug with us, but they usually let up after a few seconds. I can’t even tell you the last time I saw them tug with each other. 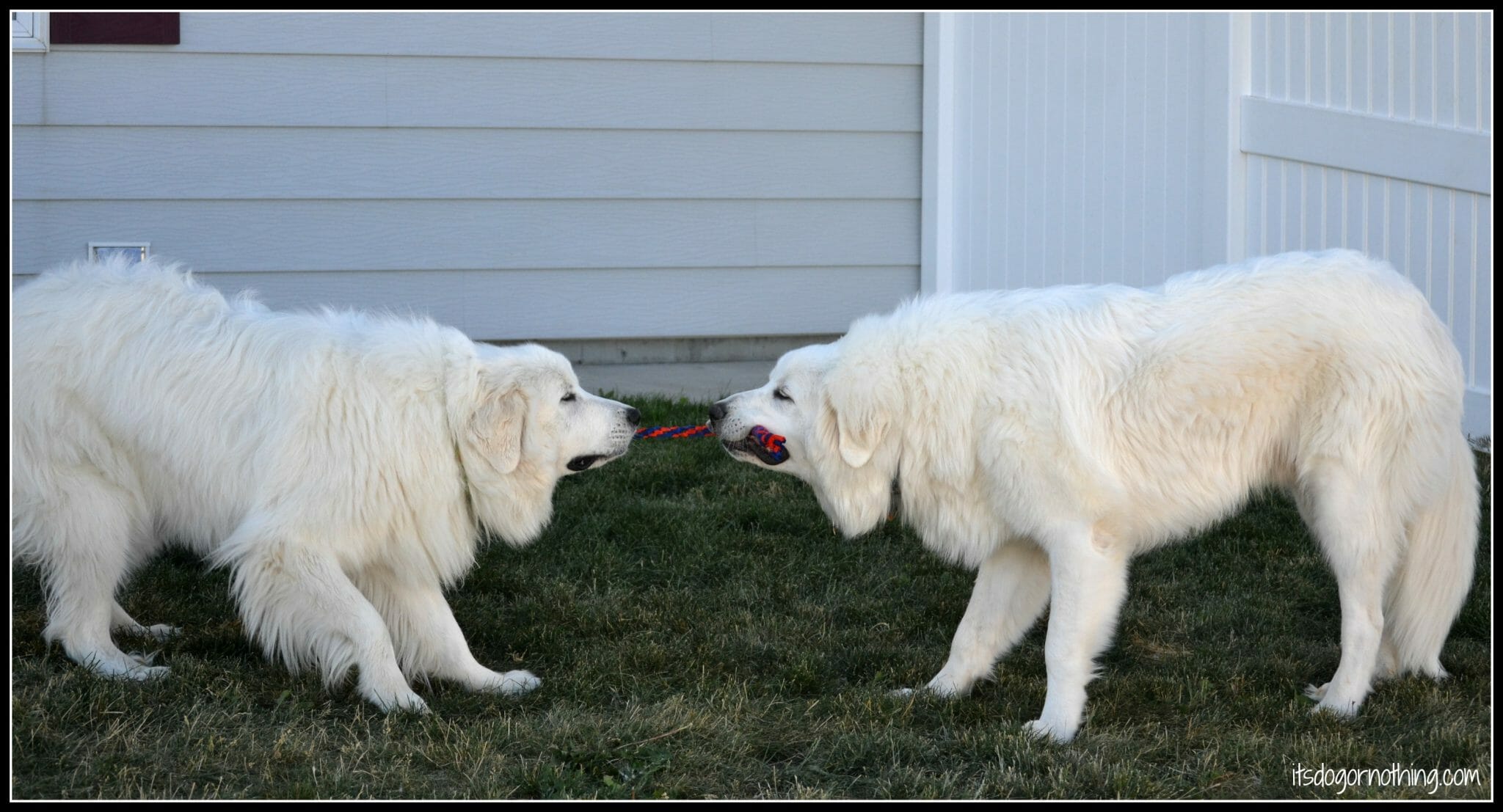 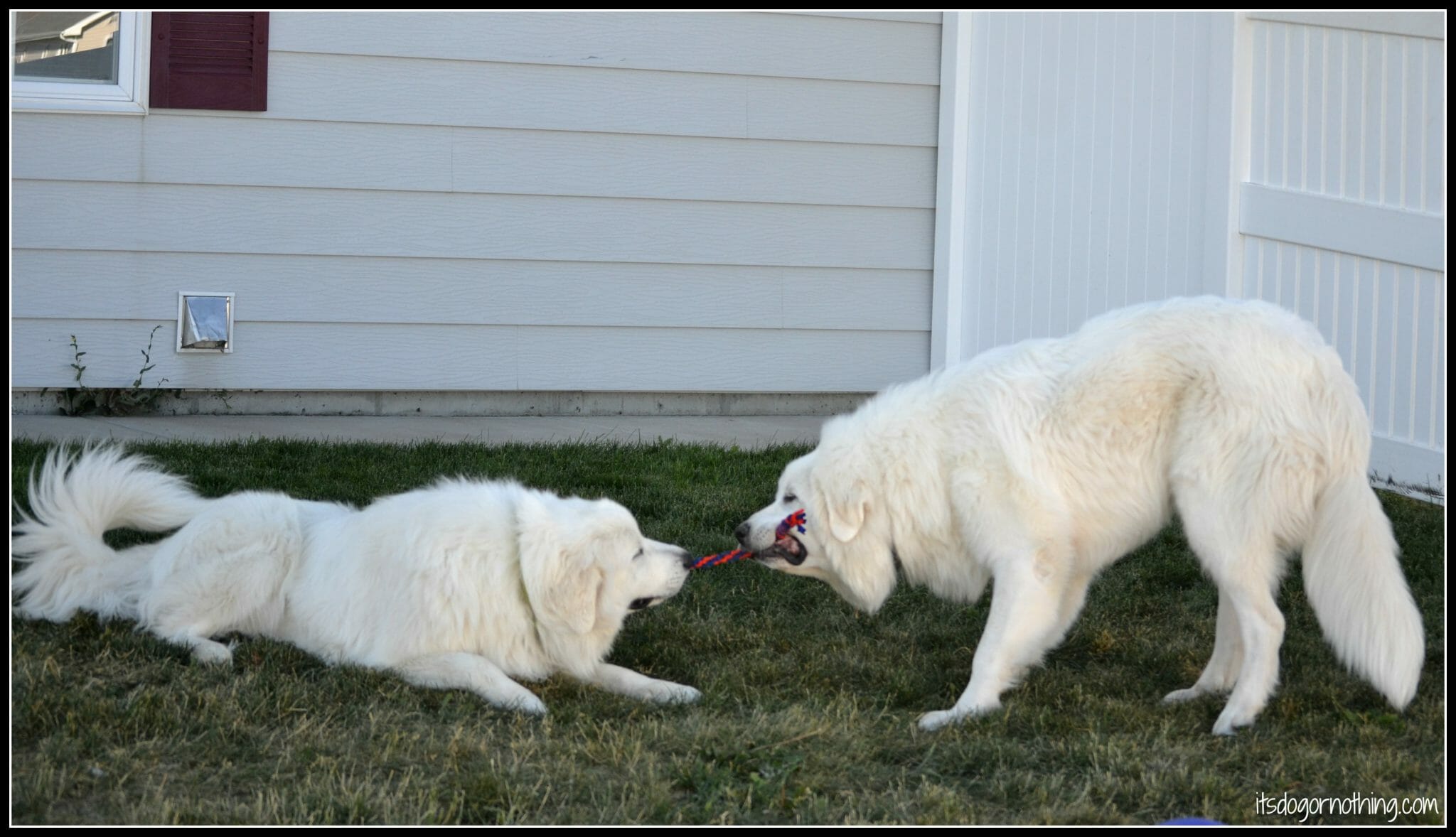 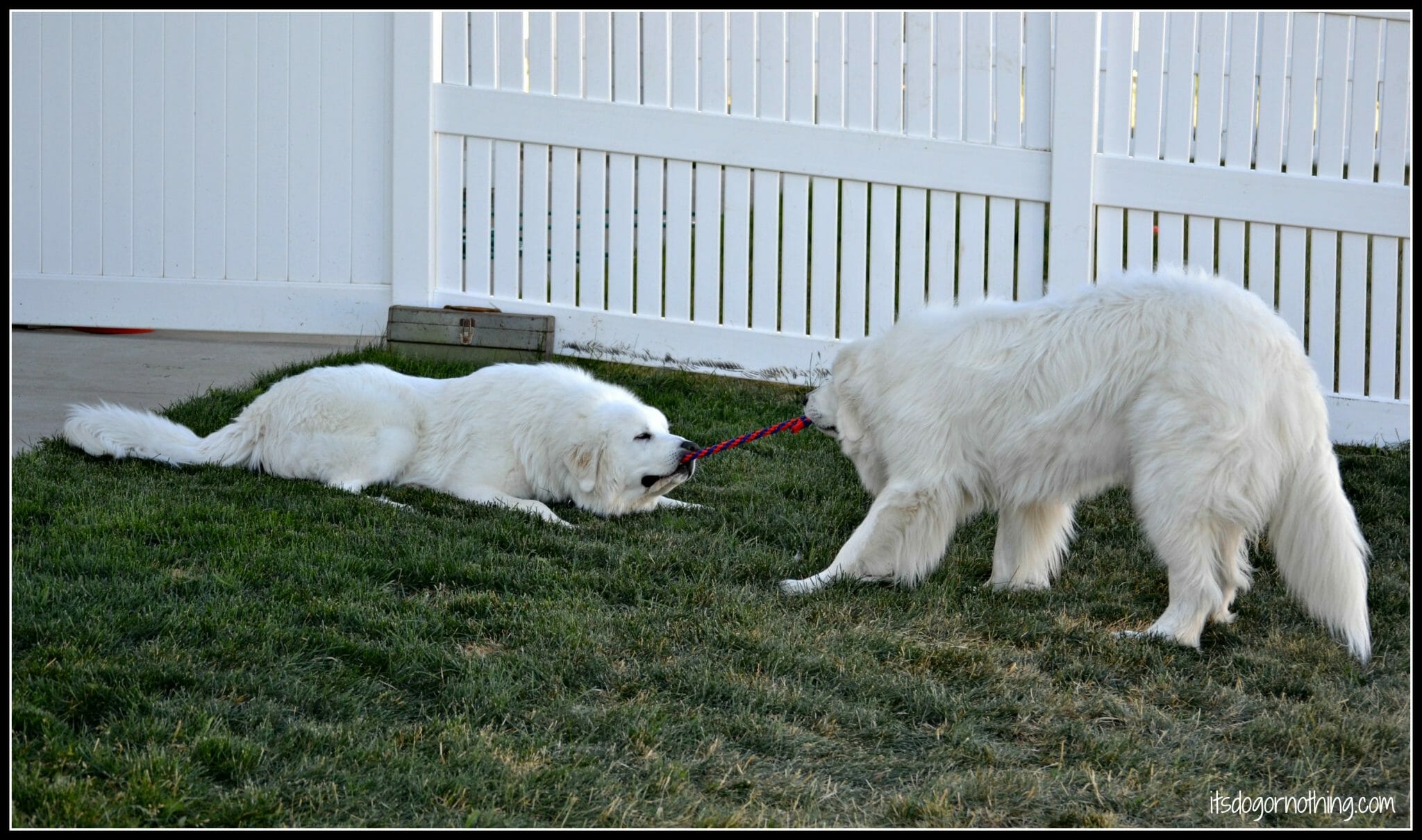 And then I think Atka just gave up. He held the toy tightly, but just let Mauja drag him across the back yard. I wish I had gotten a video! 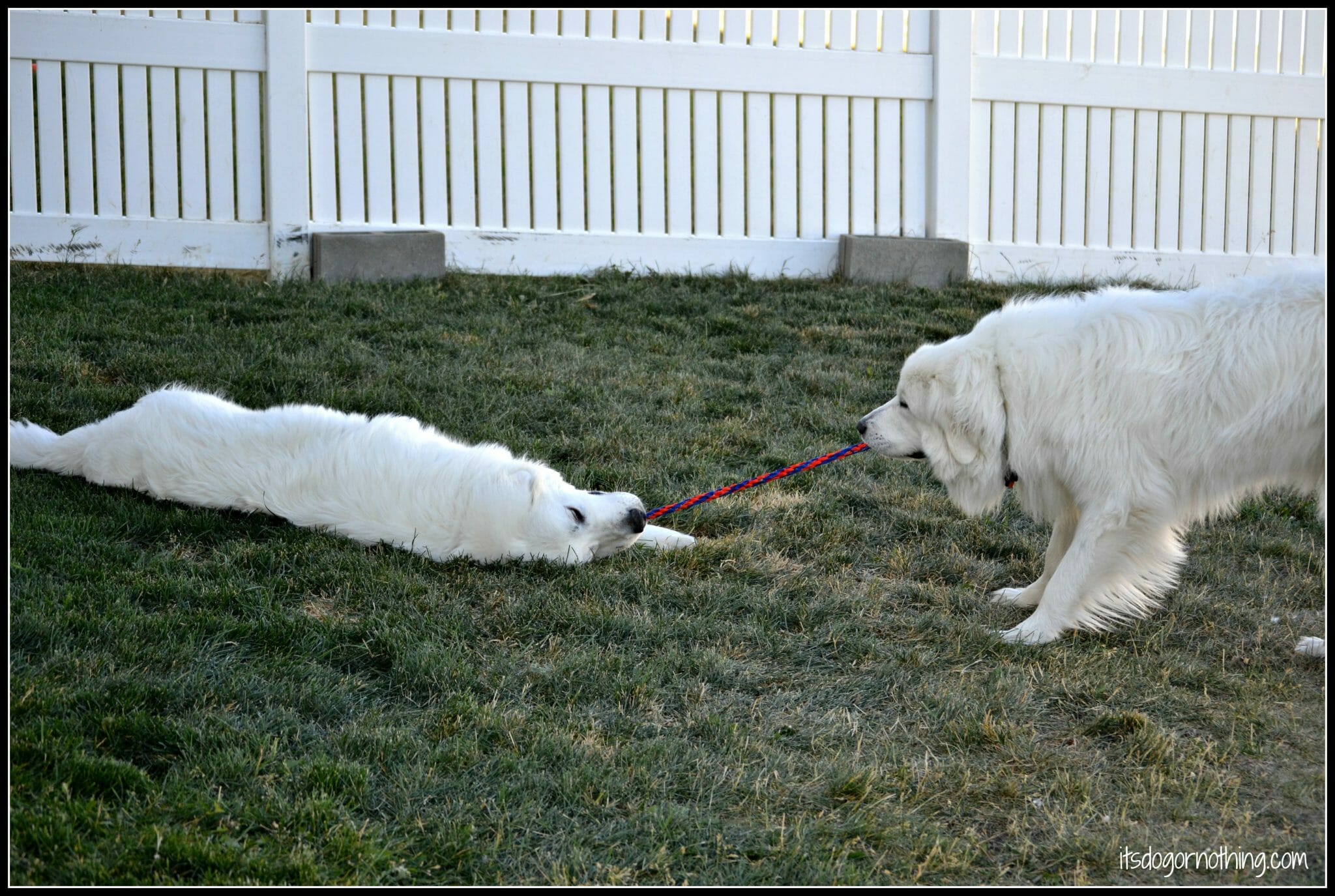 The toy is really stretchy, which makes it perfect for a game of tug! I wasn’t worried about it ripping in half as they played.

I think we got caught laughing at their tug attempt.

Disclaimer: We received the product mentioned above in exchange for our honest opinion about the product.  It’s Dog or Nothing only recommend products or services we believe in and feel our readers would enjoy.