This past weekend, our local shelter had a fundraiser to help with their adoptable animals by hosting a “dog show”. Now, this wasn’t your typical dog show; it was all fun activities! The shelter set up several different classes for the dogs to enter, such as Best Costume, Dog-Owner Look Alike, Best Trick, Best Vocal, Musical Sit and so on. 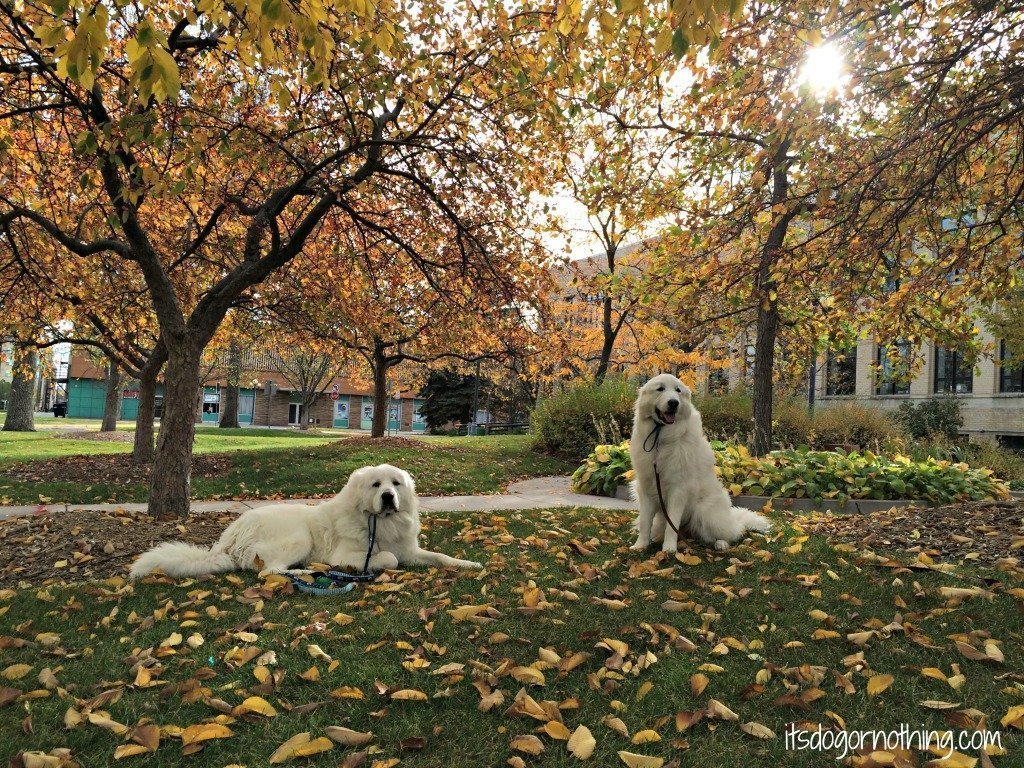 As I have said, pyrs aren’t the most obedient breed. They are extremely stubborn and do things on their terms, but I thought we would give a few categories a shot. First up, musical sit!

This was a really fun game. All the owners walked around with their dogs while the music played. Once the music stopped, you had to put your dog in a sit. The last dog to sit was out!

Surprisingly, neither fluffy was the first dog out! Mauja was the third dog eliminated from the competition.

I was a bit surprised that she got out before Atka. Although she takes just as long to follow a command, she typically moves more quickly than Atka. Not on Saturday! It took her several seconds to get her butt to the ground 😉

Atka made it pretty far, but once the collies and labs were left, I knew we were toast. Giant breeds just don’t move as quickly! Although we didn’t win, it was a lot of fun.

Given that pyrs aren’t ‘trick dogs’ and we didn’t have a costume, I didn’t enter the fluffies into any other categories. However, when the Best Trick category came around, there were very few entries. I figured, “what the heck!”.

Mauja and Atka can shake, leave it, touch, and a few other simple tricks, but I didn’t think any of those tricks were worth doing. Then Nick reminded me that if Atka is in the mood, he rolls over quite well. He was in the mood that day! 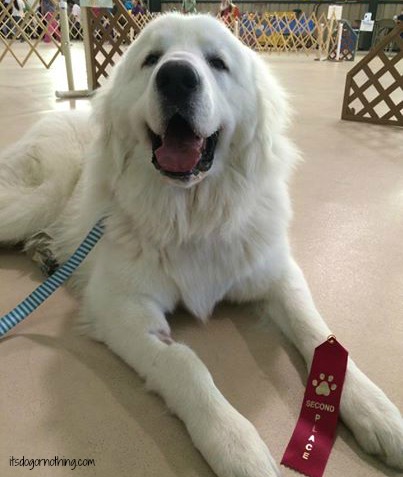 The final category of the day was People’s Choice. All the spectators voted on their favorite dog of the day. I was sure that the two Great Danes were going to be the winners. I was so thrilled when the MC called “Kelsie and the polar bears”. Yay, fluffies! 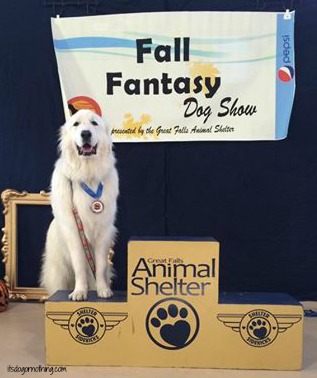 I love when supporting a good cause is turned into an enjoyable event. I hope the shelter was able to raise a good amount of money!

What trick would your dog excel at?