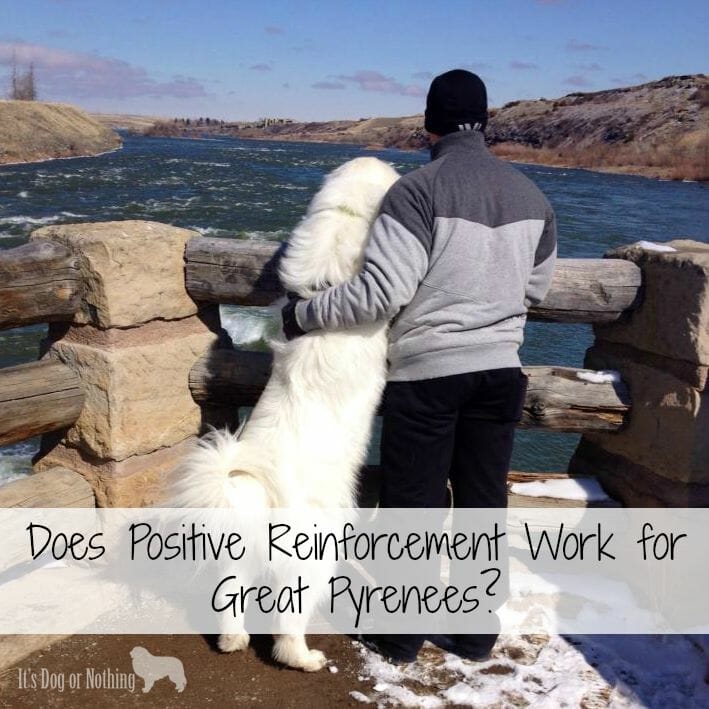 “The Great Pyrenees is a large sized dog and a dominant breed.”

“The Great Pyrenees is a dominant breed of dog.”

“It (Great Pyrenees) has an independent, somewhat stubborn, nature and may try to dominate a less secure owner.”

Let me start by saying that I do not like the words “dominant”, “submissive”, and “alpha”. Pack theory has be debunked – let’s move past it. I understand some people use these terms in a more humane way, but the stigma still exists.

Before bringing home my first Great Pyrenees, I did a ton of research. Article after article warned me that my Great Pyrenees would be a “dominant dog”. I would have to ensure I was “alpha” to prevent my pyr from taking over or becoming aggressive. I read that my pyr would need corrections, should never be on the couch, or have any of the same treatment as the humans. I started to wonder if I was making the right decision.

I’m thankful I didn’t buy into what I read or else I probably wouldn’t have Mauja and Atka.

Great Pyrenees are independent thinkers and extremely smart. They were bred to work on their own and don’t need to be told how to do their job. Just because a pyr isn’t guarding livestock doesn’t make the instinct go away. They need to be convinced that what you are asking is in their best interest. “Because I said so” doesn’t cut it with this breed.

Due to their intelligence and independence, people often feel these dogs need to be “put in their place”.

Not one that I want.

I wanted Mauja and Atka to trust me. To know that I would never hurt them and always look out for their best interest. Does that mean they get to do whatever they want? Does it mean they have taken over the house? No. It means we work together to find a common ground – to build a positive, trusting relationship.

Working with a Great Pyrenees can be a challenging training adventure, but that just makes successes even more rewarding. If you go into training recognizing that your pyr is just as smart (if not smarter) than you, training will be incredibly enjoyable. Personally, I love the challenge of a smart, independent dog. The kind of dog that doesn’t plop into a sit in half a second. The kind of dog that makes me think outside the box. However, that doesn’t mean I snap their collars when they don’t listen or force them off of the couch. It means I became less noticeable than their breed instincts and I need to determine how to get us back on track.

From day one, Mauja and Atka were trained through positive reinforcement. Neither of them have growled at me or tried to “take over the house”. They aren’t possessive and they don’t make the rules. These are things the articles assured me would happen if I didn’t show my pyr I was “alpha”. Mauja and Atka sit politely for food, toys, and to get their leashes on for a walk – regardless of whether or not I have a treat. In true pyr fashion they take their sweet time, but they enjoy my affection and praise. They do this because we have a strong bond, not because they are avoiding consequences.

I challenge everyone with a Great Pyrenees or other livestock guardian breed to try positive reinforcement training. Enhancing your relationship will bring out the best traits in your dog, not to mention yourself 🙂