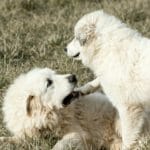 I’m sure everyone has heard this phrase encouraging people to rescue rather than purchase dogs from breeders or pet stores. I’m going to say something controversial–I don’t agree with it.

Do I think there is a rescue dog out there for the majority of people? Yes.

Do I think there are far too many people breeding? Yes.

Do I push adoption over the purchasing of dogs? Yes.

If I’m saying yes to all of these questions, then why can’t I get behind “adopt don’t shop”? To me, the answer is simple: Without people responsibly breeding Great Pyrenees, the breed I love and am extremely passionate about would cease to exist.

A breed can basically be viewed as a predictable genetic package. To be useful, breeds need to be predictable. That is the way that they can fit certain niches with a high degree of success. This matching of a breed to a niche is something that has largely gone from purebred dog breeding as dogs have moved from being essential partners in performing tasks, to becoming companions and companions alone. As the functional abilities of dogs have diminished in importance for human endeavors, so has the emphasis on these in breeding programs. As a result, the predictability of dog breeds for specific tasks is something that is generally under appreciated by the general dog owning, or even dog breeding, public. – Dr. Sponenberg, Professor of Genetics at Virginia-Maryland College of Veterinary Medicine

While there is a better chance that pyrs from working lines will produce good livestock guardian dogs, there’s no guarantee. LGD lines can produce fantastic show dogs and show dog lines can produce amazing LGDs.

Do not be put off if the breeder is also seriously breeding show dogs and family companions as well as livestock guardian dogs, as long as he or she seems to have a good knowledge of the use of Great Pyrenees as working dogs and meets the criteria described above. This usually shows interest in the Great Pyrenees as a total animal. – Great Pyrenees Club of America

That’s Not How Genetics Work

I hear a variation of this weekly, if not daily. “I have a very specific need for a livestock guardian dog. I want my LGD to be part Great Pyrenees for their more friendly personality, but I also want the fearlessness of an Anatolian, so obviously I need a mix of the two breeds.”

Let’s take a step back. You cannot accurately predict the look or temperament of a mixed breed puppy. That’s why these popular designer breeds have so many different looks and personalities. You don’t get to pick and choose the traits you want–genetics aren’t that simple.

If you see Great Pyrenees / Anatolian Shepherd mix puppies for sale, you can’t guarantee the traits your new puppy will carry. This is especially true when the puppies are between six and seven weeks, which is when irresponsible breeders often rehome their puppies.

It’s much more predictable to have two LGDs of different breeds than roll the dice with a mix, regardless of what their lines are.

The traits of an LGD are evident starting even as young as four to five weeks of age. The testing of affinity for one to the other starts when they are 8-12 weeks of age. – Colin Noel Vickers, DogsLife

When it comes to responsibly breeding Great Pyrenees, people tend to fall to one side or the other on this topic. Some people think that the only people that breed LGDs are the careless people who just let their working dogs breed. It’s rare that two working dogs at the same farm will possess the traits to balance each other and elevate the breed. I wish I was making this up, but I see far too many littermates producing a litter of their own in this type of environment. That’s one of the quickest ways to start a genetic nightmare.

Responsible breeders of livestock guardian dogs won’t let their puppies go as soon as they’re weaned (which can be as early as 5 weeks, depending on the mama).

It is insanely irresponsible to sell puppies as LGDs, unless they have been specifically assessed and trained with experienced LGDs to work with livestock. It is unfair to the livestock and to the dog if the training is insufficient. Unfortunately all too often, LGDs are euthanized or sold off on Craigslist because they are purchased from a ‘reputable’ LGD breeder, and when they fail (accidentally kill or mame livestock), they are disposed. Through no fault of their own. Most of the time, they are just not properly trained. – Colin Noel Vickers, DogsLife

Don’t Just Listen to Me

This is just a start to the discussion about responsible breeding, specifically breeding Great Pyrenees. Check out these posts to round out the conversation: 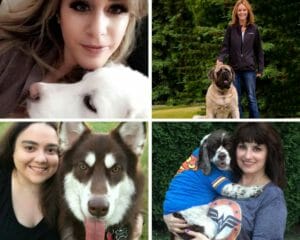 Is It Okay To Get A Dog From a Dog Breeder? | Fidose of Reality

*Quotes have been edited for grammar and clarity. 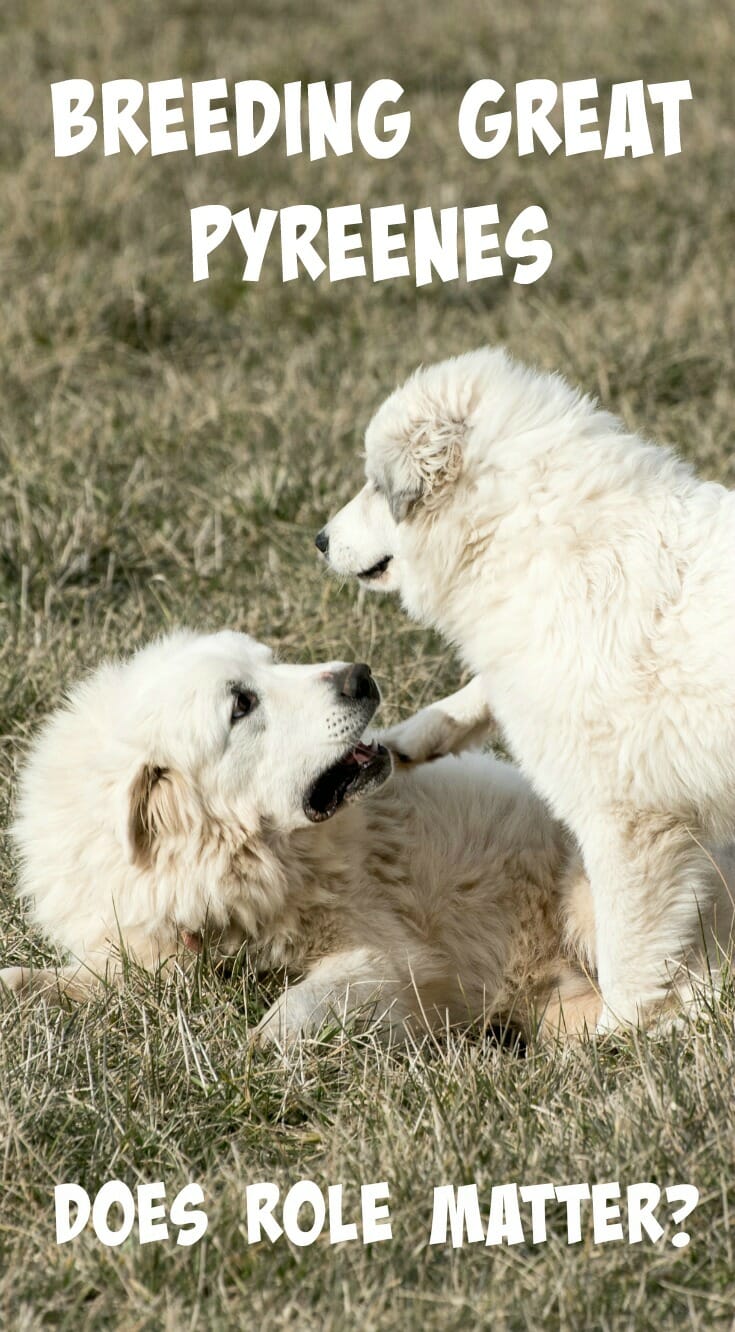